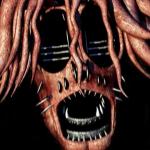 If you have played and loved Five Nights at Freddy’s game online, there is a new game from abcya 5 online which will satisfy your taste. Try out Afton's Nightmare, a cool point-and-clicks horror game in which you will have to be brave to find the way to keep the scary robots under controls. In this game, you will have to carry out the tasks when the nights fall.

During each night, you have a limited time range to monitor the animal robots. They are placed randomly and scattered around different rooms, therefore, it's very important that you keep a close eye on them. Why should we watch these robots? They will lurk around the building and cause some trouble if you fail to keep them under check. However, nothing terrible is going to happen.

The animatronics with the scary look might scare you a little bit, so make sure that you are carefully prepared before starting the game. During each night, there will be a post-it on the wall to help you with the tasks. Follow the instruction carefully and you will be able to survive the game. The scariest part of the game is the flashing light and the dark rooms. This type of game will definitely put your bravery to test.

Choose and interact with your mouse.