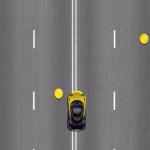 Car Speed Booster is a vertical runner game. Beware of other incoming cars and collect as many coins as you can. Drag the car to control.

Car Speed Booster - Its time to drive a speed car...its a new cool car abcya game where you need to control your car on a single touch. So start collecting coins, avoid other cars get some cool powers like bombs and shields... Everytime After Collecting 25 Coins you will get a chance to speed up by booster button. So its just simple touch to play for adults and kids. Press the booster and speed up the game !!

Features -
1.Simple Touch To Play
2.Boost Button
3.For Kids and Adults Too
4.Runs on Android Phones and tablets
5.Clean Graphics