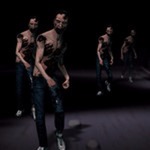 Welcome to the cool action game- Dead City  by Abcya! , it's playable in browsers such as safari and chrome. You can play the game on smartphone and tablet (iPhone, iPad, Samsung, Android devices and Windows Phone).

Dead City is a sombre and intense first person shooter game in which you must fight against hordes of undead zombies. You are armed with a revolver that has a certain amount of bullets per clip – be sure to use your bullets carefully and remember about your reload times – don’t get caught reloading whilst you are surrounded by zombies! You must survive against wave after wave of zombies and survive for as long as possible.

Try your best and get the highest score. Play more game at: abcya 4