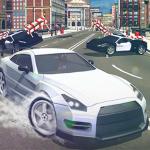 Welcome to Real Gangster City Crime Vegas 3D 2018, Explore the city of vegas of gangster crime, Become the most notable gangsters in vegas city crime of US Streets by using guns, cars, bikes, planes, trucks, buses. As a real gangster in this finest of vegas crime games play as a crime lord to deal with vegas gangsters to be one of the best crime gangster. This Vegas neighbor fighting 3D game is best game in mafia games to steal, drive and fight with different scary and muscular tough neighbors.

Crime City 3d is an online HTML5 game at Abcya 4, it's playable in browsers such as safari and chrome. You can play the game on smartphone and tablet (iPhone, iPad, Samsung, Android devices and Windows Phone).

There's a lot of crime going on again, and you are called upon to save the city! In Crime City 3D, the second edition of this third-person shooter action game, you play as an agent who was to take revenge on the mafia and clear them all up. Have fun! Try your best and get the highest score. Play more game at: Abcya

How to play? The players use WASD or arrow keys to move, the mouse to shoot down enemy.