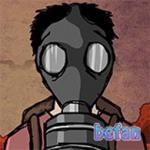 Earth has been taken by an evil alien race on ABcya Games. Your job is to destroy them one by one as you travel from city to city. Make it to your safehouse for decontamination or die trying. Fin other survivors that will help you along the way. Find ammo and food rations you can use yourself or sell them in the shop for other items.

An apocalyptic action shooter set in the midst of an alien invasion. Most humans and animals have already been wiped off the planet, the eco system has been altered to suit the needs of the aliens, and the air has been made unbreathable for most earth creatures, including humans. Few humans are still alive. They are scattered, hiding in underground shelters and their fight for survival is a hopeless one. Desperate needs call for desperate measures, which could bring even more destruction.
Your mission: Survival.

If you want to look for more games as fun as this one, check out Warmerise online and Riddle Transfer 2 at http://abcya.games

NOTICE: Anyone is free to make videos of my games. Sharing video game experiences with others is really nice. It gives me some exposure while the people who make the videos get something back in return. I fully support the monetisation of any video you make containing footage from my games. As long as you don’t claim to be the creator of my games, it’s all good! Throwing my name, SeethingSwarm, as the creator into the description or into the video itself is also always appreciated.