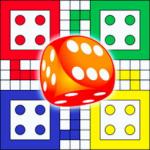 Board games are usually the highlights of the parties with your friends. However, some board games need many players to play at the same time. Not many online versions of these board games allow multiple players. With abcya3's Ludo, a new online game, you can share the game with up to 4 friends!

This is a strategy board game for two to four players and the rules are quite simple. The players will take the turn to roll the dices and move their tokens according to the number on the dices. There are four colors on the board and these colors will be divided based on the number of players. For example, if there are two players, each of them will control two color boards. Do your best to roll out the number 6 to start off the game.

The winner shall be the first one who can bring all of his pieces home. Without having to actually own the board game, you can still share this incredibly fun game with your friends for free at http://abcya.games/. Will your token be able to eliminate your opponent's? You can intervene with your opponent's progress by landing on the same slot and kick the other player out! Only by standing on stars will you be safe.

Start this game now and claim the title of the king of the labyrinth of Ludo. There are many board games such as Bob The Robber 5 and Fireboy And Watergirl 3 Ice Temple with different themes and concepts.

Choose and interact with the left mouse.