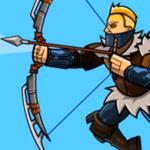 Combat games in the ancient time will guarantee the best playtime for the boys at abcya 5 online! With OWN .io, a multiplayer battle game, you can combat side by side with the strongest and fiercest warriors and fighters. The game has an amazing set which is located in the ancient era.

Before starting any level, you need to go through the detailed tutorial sheet in the game. Since the control keys are a little bit complicated, it might take the players a few trials to master the game. Then, choose your favorite character from the list such as an archer or a soldier with a hammer. However, keep in mind that you will need to approach the opponent closely to be able to use the hammer. You should choose the most appropriate character to take advantage of his strengths to win the game at http://abcya.games/

Be focus because the moment you enter the battle, the enemies will start attacking you immediately. Dominate the field by start attacking your opponents to earn extra coins which can be used to buy useful upgrades to become the strongest. If the merciless battles are too difficult for you to survive, it will be best to train first in the training session. Be brave and attack the enemies using your ancient weapons in more games like Starjack .io and Tricksplit .io

Use the arrows to move, jump with the spacebar, Q, W, E, R, D, F to attack and to use the skills.