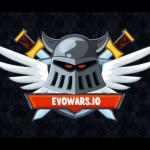 Have you ever heard of EvoWars .io? It's an io game with cool features which are different from the other ordinary combat game. Do you know why it's called EvoWars? As you progress in this game at http://abcya.games/, the only way to dominate the map is to evolve and join the war. Not only is this a great io game but it also allows many players to join the battles at the same time. Players will have the chance to have fun and make new friends as well! Let's start the game! Your main task is to absorb the small orbs scattered around in order to evolve into stronger warriors.

Unfortunately, you have to start as a weak soldier with a wooden stick. Therefore, remember to avoid any conflict or combat with the bigger soldier at this point. When you collect enough orbs to become a powerful Spartan or a minotaur, it's your time to initiate the combat. Try your best to reach the highest revolution level to unlock a wide range of weapons for free! In this abcya 4 game, you can kill the others with one hit. This also means that the others can also kill you quickly. The players who can take advantage of this feature will be able to reign the map with their power.

Do you want to put your fighting skills to test? Explore different maps with different obstacles in the games such as Tricksplit .io and Own .io

Use the mouse to guide the character and to attack.