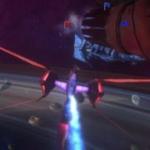 In today's game you will have your squad team, which will be set against other enemy teams. Your task is to get the flags and destroy many enemy ships before the end of the abcya 2 game. There's a chance you'll become the best galaxy pilot. We wish you much luck in today's 3D multiplayer game. But you can also play against the computer itself, it's up to you. So put yourself to the full and show your abilities.

Sol Wars is the ultimate spaceship battle game in which you are behind the controls of a super cool space age airship. You and your team of pilots need to compete against the opponent team in securing the enemy teams flag whilst destroying as many spaceships as possible before the game ends.

This sci-fi flying warfare game allows you to battle against other online players to see who the ultimate pilot is, if you want to get some practice in then you can also play against bots. This is your chance to become the best pilot in the galaxy!

You may also like: Doodieman Voodoo and Cartoon Strike